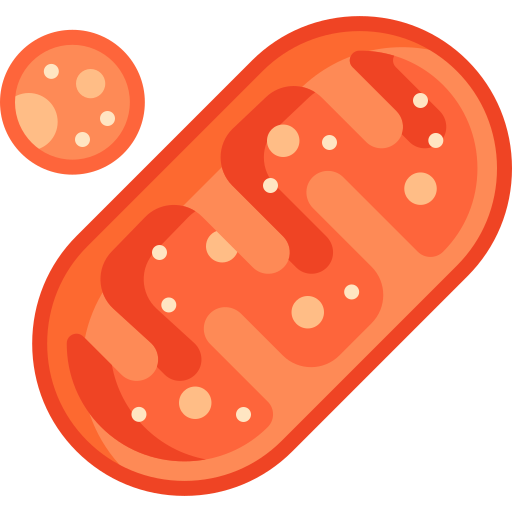 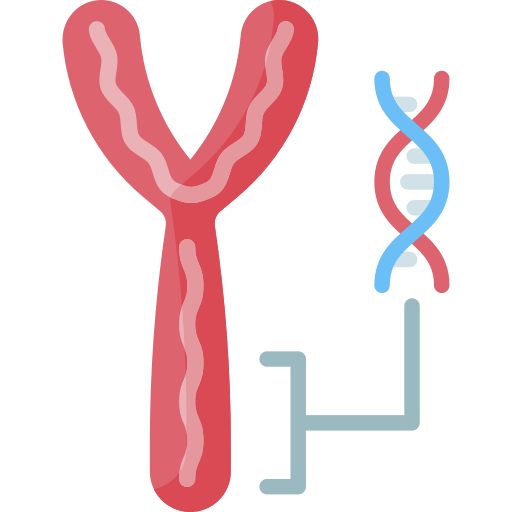 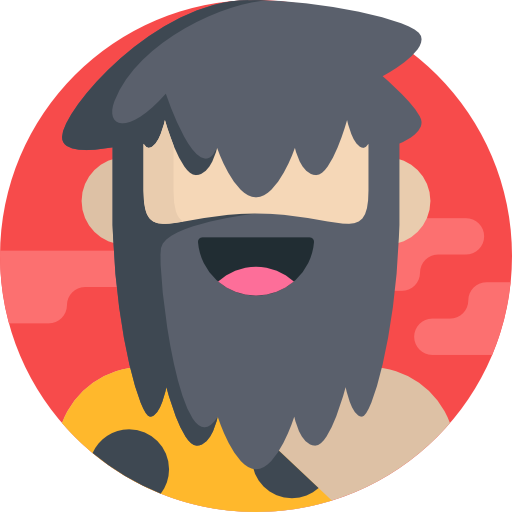 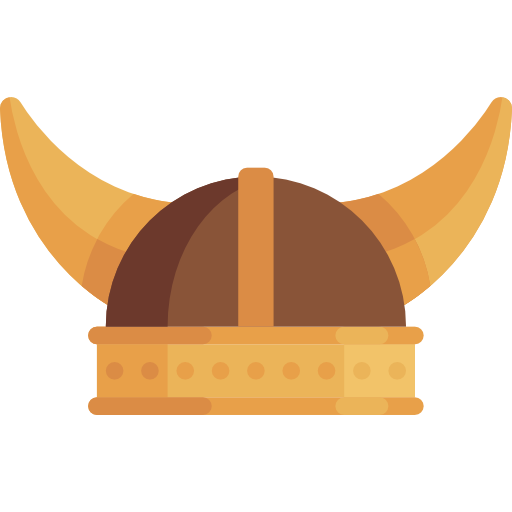 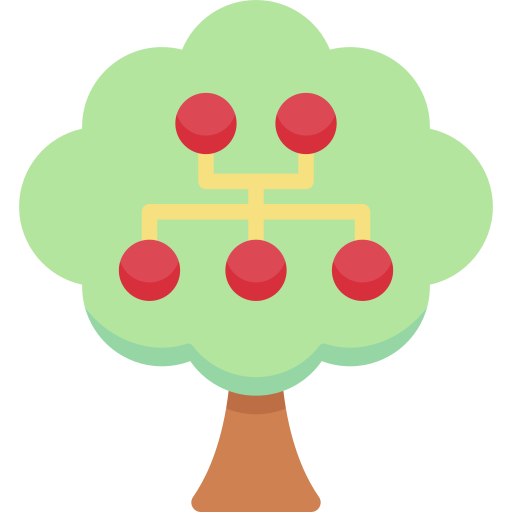 Are your parents related?
Not related

Note: this ancestries are not part of your breakdown percentages, but part of a specific analysis to detect some specific ancestries.

Note: The areas represented in this map are not intented to fully reflect the coverage of any ancestry region.

Learn about your maternal and paternal lineage 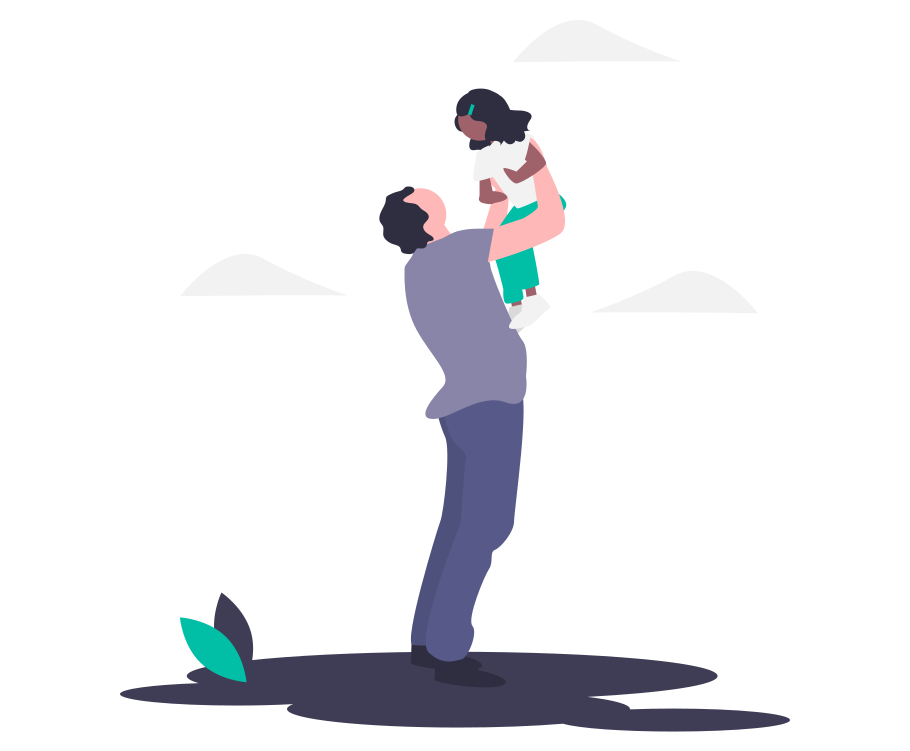 Haplogroup R1a, or haplogroup R-M420, is a human Y-chromosome DNA haplogroup which is distributed in a large region in Eurasia, extending from Scandinavia and Central Europe to southern Siberia and South Asia.

In Europe, the R1a1 sub-clade is found at highest levels among peoples of Central and Eastern European descent, with results ranging from 35-65% among Czechs, Hungarians, Poles, Slovaks, western Ukrainians (particularly Rusyns), Belarusians, Moldovans, and Russians. In the Baltics, R1a1a frequencies decrease from Lithuania (45%) to Estonia (around 30%). 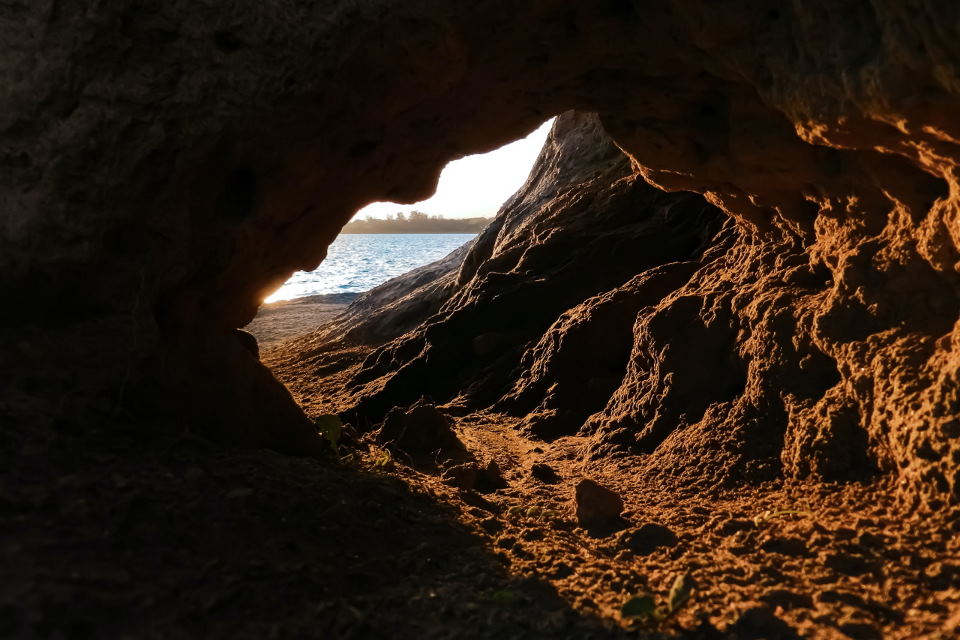 Learn what you have inherited from our ancient ancestor Neanderthals, also Neandertals, Homo neanderthalensis or Homo sapiens neanderthalensis) are an extinct species or subspecies of archaic humans who lived in Eurasia until about 40,000 years ago.

They most likely went extinct due to competition with, or extermination by, immigrating European early modern humans or due to great climatic change, disease, or a combination of these factors.

It is unclear when Neanderthals split from modern humans; studies have produced various intervals ranging from 315,000 to more than 800,000 years ago. The time of divergence of Neanderthals from their ancestor H. heidelbergensis is also unclear. The oldest potential Neanderthal bones are dated to 430,000 years ago, but the classification is uncertain. Neanderthals are known from numerous fossils, especially from after 130,000 years ago. The type specimen, Neanderthal 1, was found in 1856 in the German Neander Valley. After much debate over their validity, Neanderthals were depicted as being primitive, stupid, and brutish for much of the early 20th century. Although knowledge and perception of them has markedly changed since then in the scientific community, the image of the unevolved caveman archetype remains prevalent in popular culture.

Some traits that modern humans inherited from neanderthals 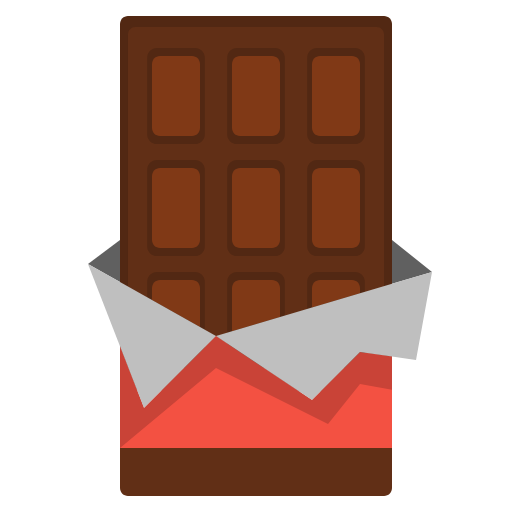 You are less likely to sneeze after eating dark chocolate 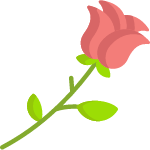 You are more likely to be able to detect floral fragrance 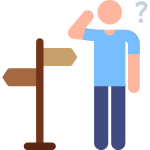 You are more likely to have worse sense of direction 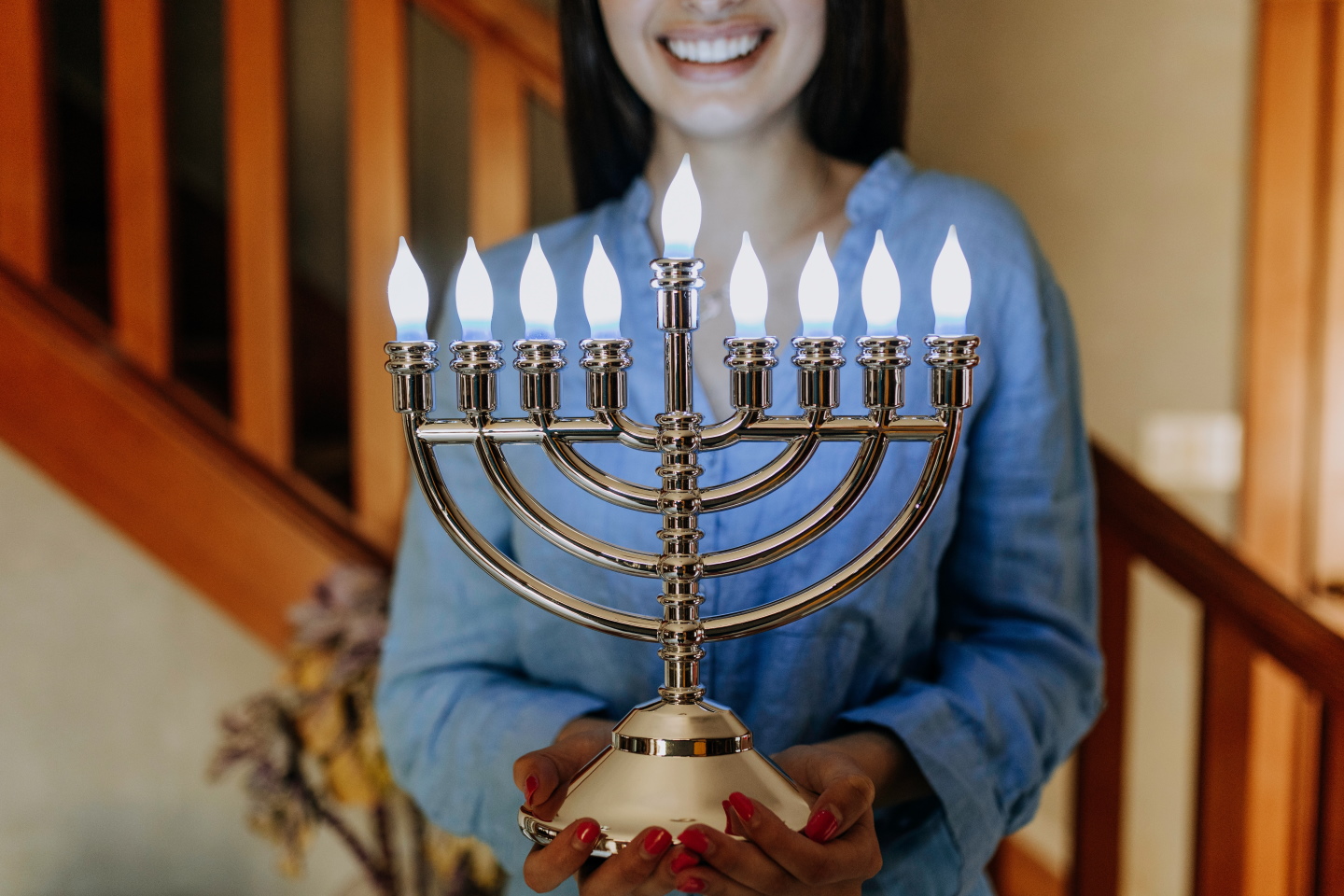 94% of your genome is related to jewish ancestry

Apart of breaking down your ancestry report in several populations, we are able to analyze which segments are related to jewish ancestry.

Our algorithm is able to detect the unique genetic signature of several jewish populations. This is so, as judaism traditionally mandates religious endogamy, requiring that both marriage partners be Jewish. This mandate created a specific endogamic and unique genetic firm.

Jews (Hebrew: יְהוּדִים‎ Yehudim, Israeli pronunciation [jehuˈdim]) or Jewish people are an ethnoreligious group and a nation originating from the Israelites and Hebrews of historical Israel and Judah. Jewish ethnicity, nationhood, and religion are strongly interrelated, as Judaism is the ethnic religion of the Jewish people, while its observance varies from strict observance to complete nonobservance.

Jews originated as an ethnic and religious group in the Middle East during the second millennium BCE, in the part of the Levant known as the Land of Israel. The Merneptah Stele appears to confirm the existence of a people of Israel somewhere in Canaan as far back as the 13th century BCE (Late Bronze Age). The Israelites, as an outgrowth of the Canaanite population, consolidated their hold with the emergence of the kingdoms of Israel and Judah. Some consider that these Canaanite sedentary Israelites melded with incoming nomadic groups known as 'Hebrews'. Though few sources mention the exilic periods in detail, the experience of diaspora life, from the Babylonian captivity and exile to the Roman occupation and exile, and the historical relations between Jews and their homeland thereafter, became a major feature of Jewish history, identity and memory.

In the millennia following, Jewish diaspora communities coalesced into major distinct ethnic groups: Ashkenazim (European Jews), and Sephardim (Iberian Jews); furthermore, Mizrahim (Oriental Jews) are often—particularly in Israel—regarded as separate from Sephardim. Prior to World War II, the worldwide Jewish population reached a peak of 16.7 million, representing around 0.7 percent of the world population at that time. Approximately 6 million Jews were systematically murdered during the Holocaust. Since then the population has slowly risen again, and as of 2018 was estimated at 14.6–17.8 million by the Berman Jewish DataBank, less than 0.2 percent of the total world population. The Balkans (/ˈbɔːlkənz/ BAWL-kənz), also known as the Balkan Peninsula, are a geographic area in southeastern Europe with various definitions and meanings, including geopolitical and historical.

The region takes its name from the Balkan Mountains that stretch throughout the whole of Bulgaria. The Balkan Peninsula is bordered by the Adriatic Sea in the northwest, the Ionian Sea in the southwest, the Aegean Sea in the south, the Turkish Straits in the east, and the Black Sea in the northeast. ...The northern border of the peninsula is variously defined. The highest point of the Balkans is Mount Musala, 2,925 metres (9,596 ft), in the Rila mountain range, Bulgaria.

The concept of the Balkan Peninsula was created by the German geographer August Zeune in 1808, who mistakenly considered the Balkan Mountains the dominant mountain system of Southeast Europe spanning from the Adriatic Sea to the Black Sea. The term Balkan Peninsula was a synonym for Rumelia in the 19th century, the provinces of the Ottoman Empire in Southeast Europe. It had a geopolitical rather than a geographical definition, which was further promoted during the creation of the Kingdom of Yugoslavia in the early 20th century. The definition of the Balkan Peninsula's natural borders do not coincide with the technical definition of a peninsula; hence modern geographers reject the idea of a Balkan peninsula, while scholars usually discuss the Balkans as a region. The term has acquired a stigmatized and pejorative meaning related to the process of Balkanization, and hence the preferred alternative term used for the region is Southeast Europe. Italy (Italian: Italia [iˈtaːlja]), officially the Italian Republic (Italian: Repubblica Italiana [reˈpubːlika itaˈljaːna]), is a country consisting of a peninsula delimited by the Alps and several islands surrounding it. Italy is located in south-central Europe, and is considered part of western Europe. A unitary parliamentary republic with Rome as its capital, the country covers a total area of 301,340 km2 (116,350 sq mi) and shares land borders with France, Switzerland, Austria, Slovenia, and... the enclaved microstates of Vatican City and San Marino. Italy has a territorial enclave in Switzerland (Campione) and a maritime exclave in Tunisian waters (Lampedusa). With around 60 million inhabitants, Italy is the third-most populous member state of the European Union.

Due to its central geographic location in Southern Europe and the Mediterranean, Italy has historically been home to myriad peoples and cultures. In addition to the various ancient peoples dispersed throughout what is now modern-day Italy, the most predominant being the Indo-European Italic peoples who gave the peninsula its name, beginning from the classical era, Phoenicians and Carthaginians founded colonies mostly in insular Italy, Greeks established settlements in the so-called Magna Graecia of Southern Italy, while Etruscans and Celts inhabited central and northern Italy respectively. An Italic tribe known as the Latins formed the Roman Kingdom in the 8th century BC, which eventually became a republic with a government of the Senate and the People. The Roman Republic initially conquered and assimilated its neighbours on the Italian peninsula, eventually expanding and conquering parts of Europe, North Africa and Asia. By the first century BC, the Roman Empire emerged as the dominant power in the Mediterranean Basin and became a leading cultural, political and religious centre, inaugurating the Pax Romana, a period of more than 200 years during which Italy's law, technology, economy, art, and literature developed. Italy remained the homeland of the Romans and the metropole of the empire, whose legacy can also be observed in the global distribution of culture, governments, Christianity and the Latin script. 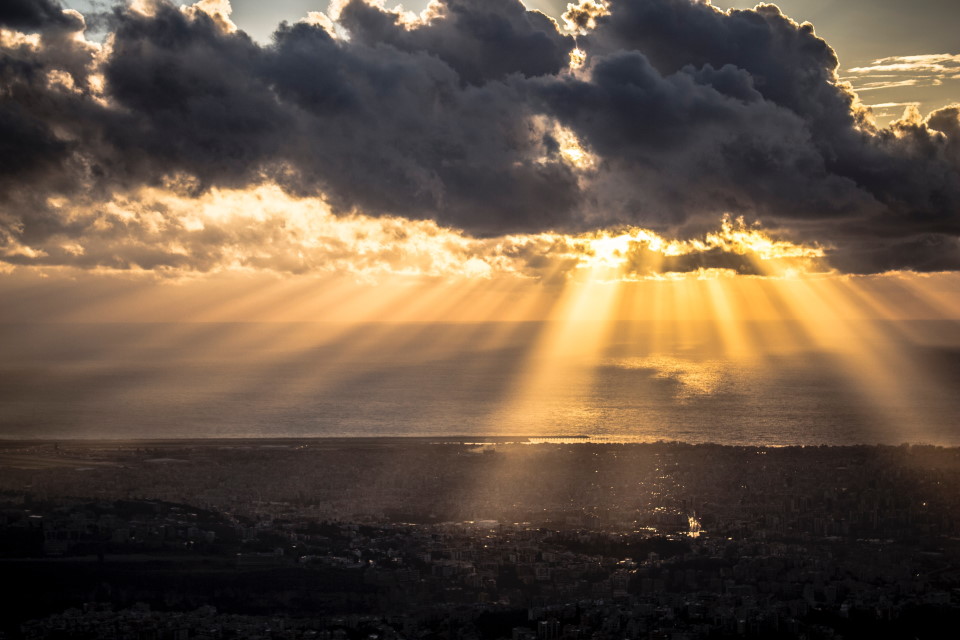 The term entered English in the late 15th century from French. It derives from the Italian Levante, meaning 'rising', implying the rising of the Sun in the east, and is broadly equivalent to the term al-Mashriq (Arabic: ٱلْمَشْرِق, [ʔal.maʃ.riq]), meaning 'the eastern place, where the Sun rises'.

In the 13th and 14th centuries, the term levante was used for Italian maritime commerce in the Eastern Mediterranean, including Greece, Anatolia, Syria-Palestine, and Egypt, that is, the lands east of Venice. Eventually the term was restricted to the Muslim countries of Syria-Palestine and Egypt. In 1581, England set up the Levant Company to monopolize commerce with the Ottoman Empire. The name Levant States was used to refer to the French mandate over Syria and Lebanon after World War I. This is probably the reason why the term Levant has come to be used more specifically to refer to modern Syria, Lebanon, Palestine, Israel, Jordan, and Cyprus. Some scholars mistakenly believed that it derives from the name of Lebanon. Today the term is often used in conjunction with prehistoric or ancient historical references. It has the same meaning as 'Syria-Palestine' or Ash-Shaam (Arabic: ٱلشَّام, /ʔaʃ.ʃaːm/), the area that is bounded by the Taurus Mountains of Turkey in the North, the Mediterranean Sea in the west, and the north Arabian Desert and Mesopotamia in the east. Typically, it does not include Anatolia (also called Asia Minor), the Caucasus Mountains, or any part of the Arabian Peninsula proper. Cilicia (in Asia Minor) and the Sinai Peninsula (Asian Egypt) are sometimes included.

As a name for the contemporary region, several dictionaries consider Levant to be archaic today. Both the noun Levant and the adjective Levantine are now commonly used to describe the ancient and modern culture area formerly called Syro-Palestinian or Biblical: archaeologists now speak of the Levant and of Levantine archaeology; food scholars speak of Levantine cuisine; and the Latin Christians of the Levant continue to be called Levantine Christians.

The Levant has been described as the 'crossroads of western Asia, the eastern Mediterranean, and northeast Africa', and the 'northwest of the Arabian Plate'. The populations of the Levant share not only the geographic position, but cuisine, some customs, and history. They are often referred to as Levantines.

Select "Logout" below if you are ready to end your current session.